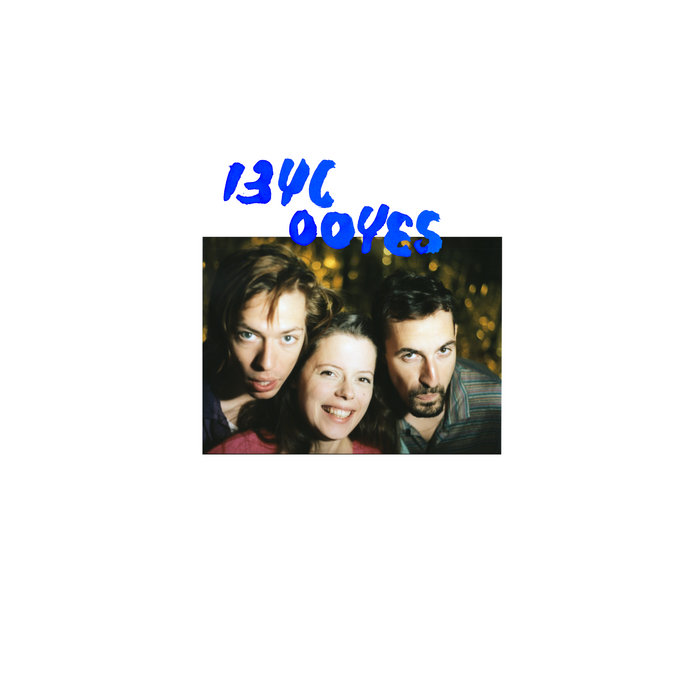 Zappa did not want to dance about architecture but when we read about music it is often too common to find architectural or civil engineering metaphors. Artists who "build bridges", artists who "dig inwards", artists who try to build their small hut among shopping malls...

13 Year Cicada do not build bridges, they tend spider webs, they tend rainbows, they dig tunnels from the Berlin rich and inspiring underground scene where they belong to appear on the other end in Mad Max's Thunderdome, or in a Japanese videogame bonus stage. Color parabolas that link experimentation challenge and song structure, polymetric math and euphoric emotion.

In their second album 00YES (2019, Gandula) 13 Year Cicada, now reconverted into a trio, explore more energetic terrains, less restrained, probably as a consequence of their European tours after their debut album Totem Tongue (2017, Gandula). The first listen of 00YES gives the impression that Zooey, Hotti and Philip advance in a more intuitive, cruder territory, creating a very direct and powerful album. The second listen unveils why we love 13 Year Cicada's music: its organic complexity is unique. Their ability to mix the resources of cult music with experimental's risk, pop's melody, punk's immediacy and dadaistic fun is something rare to find.

As each song of this album is an independent construction, and to prevent Zappa from turning in his own grave, I shall describe the songs of 00YES fleeing from musical (and architectural) terms:

Ride: Sade on a LSD trip in a city park with a chinese shiatsu specialist.

Squirrel: Nerds dressed in squirrels taking over the prom night, or maybe the Bundesrat.

Swimming Good: An alternative ending for Twin Peaks in which Laura Palmer wasn't dead, she was with Sade and the Chinese guy.

Picking your nose: The song that sounds inside a capsule that allows you to become megasmall and travel inside human bodies.

CNG: Sketches for the new anthem of an extraterrestrial country populated by fitness-addict turtles.

Dead Horse: Walt Disney waking up from his cryogenic sleep in year 2100 and discovering all the world has been completely destroyed by mankind. All the world? No... wait... OMG WHAT'S THAT??

Bandcamp Daily  your guide to the world of Bandcamp

Benji B talks about his new compilation ‘Deviation Classics’